With a M.A. in Counseling Psychology and my experience as a woman & mother, I became a Psychotherapist & Feminine Leadership & Self-Expression Coach. I help women like you leave unhealthy, unhelpful social patterns & conditioning behind! I help you to come back to yourself, to feel more like yourself and feel safe to speak your truth & really claim your life! 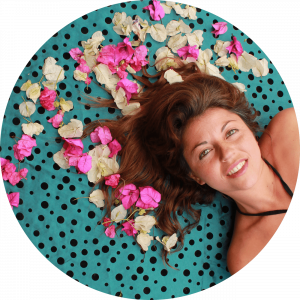 Through personalized coaching, group programs, online classes, retreats, workshops, & speaking events, I take a stand for you to:

Does any of this sound familiar?

If so, I invite you to read through my Blog, where I offer lots of free coaching & teachings, or check out my Group Offerings here or more about my 1-1 offerings, both Psychotherapy & Coaching here. I offer a gift of  an Initial Consultation to explore with me, to get to know each other a little bit, and I am happy to gift you with a mini-treatment plan suggestion, and, if you’re interested, we’ll talk about what programs of mine would be a good fit. Go here to book this gifted Initial Consultation.

Personally, I am a mother & currently live in Del Mar, California after 7 years of living in Freiburg, Southwestern Germany, by the Black Forest, bordering on Switzerland & France. I enjoy spending a lot of time in Nature, which refreshes & inspires me. I was born in (and love)  Mexico City, and have also lived in Southern & Northern California, New York City, Tulum/Playa Del Carmen, and Santa Fe (New Mexico). I consider myself a global citizen, speak several languages, am a total travel enthusiast! I love reading, and am currently finishing my own forthcoming book. I am also a passionate dancer & performer… I love the arts, yoga, & good, fresh food! I also feel super grateful that I get to do what I do–it’s a lifestyle for me!

While obtaining my Master of Arts Degree in Counseling Psychology with an emphasis on Depth Psychology,  I performed over 500 direct service hours of a practicum at New Beginnings, a San Diego non-profit, where I counseled adults, children, teenagers, and families, while  under clinical super supervision & rigorous training. Previously, I also volunteered extensively (over 1400+ hours) at an organization called Shakti Rising, supporting women ages 15-30 in recovery from trauma, eating disorders, and addiction.

My M.A. in Counseling Psychology with an Emphasis in Depth Psychology is from Pacifica Graduate Institute, founded by Stephen Aizenstat. We learned clinical skills as well  as taking a holistic approach, viewing the person as a whole being and not just a diagnosis. To learn more about Pacifica, click here.

I am influenced by 3 Main Schools of thought in Psychology: Depth Psychology, Somatic (focus on the body) Psychology, and Liberation Psychology, specifically freeing ourselves from the effects of systemic oppression, particularly  as it refers to living the effects of our Gender (particularly Women’s) & as POC in this world, our experiences and learning what helps us cope as such. Then, I also have training & initiations in (see below for details) Coaching, Body-Based Practices (dance, yoga, and more), Mindfulness, Energy Work (certified Reiki & Theta Healing Practitioner), Feminine- & Earth-Based Spirituality, and Indigenous Wisdom (Mayan Calendar Reader, Sweatlodges, Rituals). I also have plenty of experience with Trauma, Addiction, & Recovery and my approach is “trauma-informed” (I am currently in Year 1 of Somatic Experiencing Practitioner Training).

I’ve danced since I can remember, or since I was 3 years old. Since then, I studied classical ballet most extensively, as well as modern dance. In high school, I was a member of “The Performing Dance Group” at my school, an audition-only group that performed year-round and went on tour. I choreographed extensively and won a “Performing Dance Award,” given to one dancer in the school, my senior year (1997).

After high school, I turned towards more culturally-diverse forms of dance that allowed for a feminine-body, such as African Dance, Belly dance, as well as Bharatanatyam (Indian Classical Dance), Bollywood, and Hip-Hop. I also did one year of Dance Teacher Training at Eveoke Dance Theatre in San Diego.
I danced professionally as a fire dancer in Tulum, Mexico, at a spa, and in numerous shows, including a film in Los Angeles. *Somatic Experiencing Practitioner Training*
Beginning I with Ariel Giarrotto, May 2022

*Sensorama*–2 years of training & work as a multisensorial guide at Sensorama, encompassing knowledge of aromatherapy, massage, amongst other tools and techniques directed towards awakening through each one of the senses. Mexico City, 2002-2004
Work Experience
-Sensoguide, Mexico City, 2002-2004
-Organization and Production of 1st Day of Sensitivity, Multisensorial Festival, Mexico City, 2004
-Sensorama Workshops, Women’s Circles @ Amatlan de Quetzalcoatl and Palenque, Mexico, (September and October 2004, respectively)

With my M.A. in Counseling Psychology and my experience as a woman & a mother, I became an Empowerment Coach. I help people leave behind unhealthy and unhelpful social patterning & conditioning and tune into their OWN wisdom & truth, to re-connect in with their own deeper (ancestral) truth and draw that back into the world, to create a healthy whole.

This website uses cookies so that we can provide you with the best user experience possible. Cookie information is stored in your browser and performs functions such as recognising you when you return to our website and helping our team to understand which sections of the website you find most interesting and useful.

Strictly Necessary Cookie should be enabled at all times so that we can save your preferences for cookie settings.

If you disable this cookie, we will not be able to save your preferences. This means that every time you visit this website you will need to enable or disable cookies again.